(Update: since originally posting this, I have learned a trick or two which avoids some of the problems discussed here. Nonetheless, this post still stands as potentially helpful to anyone walking the same path I did. See below for details.)

This is one of those posts that a confounded developer hopes to find in a time of need. The situation: generating TopoJSON files. Presented here are two attempts to generate a TopoJSON file; the first one failed, the second worked for me, YMMV. The fail path is due to a naive attempt to do the conversion in one step. The successful path is one I eventually figured out that involves two steps. The two step process consists of using topojson and then GDAL (on OSX, it can be installed via brew install gdal).

As part of the seattle-boundaries project, I needed to translate a shapefile for the Seattle City Council Districts to TopoJSON. I got the shapefile, SeattleCityCouncil_Districts.zip, from the City of Seattle’s open data site.

TopoJSON is from the mind of Mike Bostock. As part of that effort he created a “small, sharp tool” for generating TopoJSON files. The command line tool is appropriately called topojson.

My naive and doomed first attempt was to generate the TopoJSON directly from the shapefile, which is advertised as possible.

(Update: turns out the mistake I made was not using the --spherical option. Inspecting the *.prj file that came with the *.shp file revealed that the data was on a spherical projection. Re-running original command as topojson --spherical ... worked like a charm.)

Below is the generated file, uploaded to GitHub. Notice the orange line at the north pole. That is the TopoJSON rendered (read: FAIL). 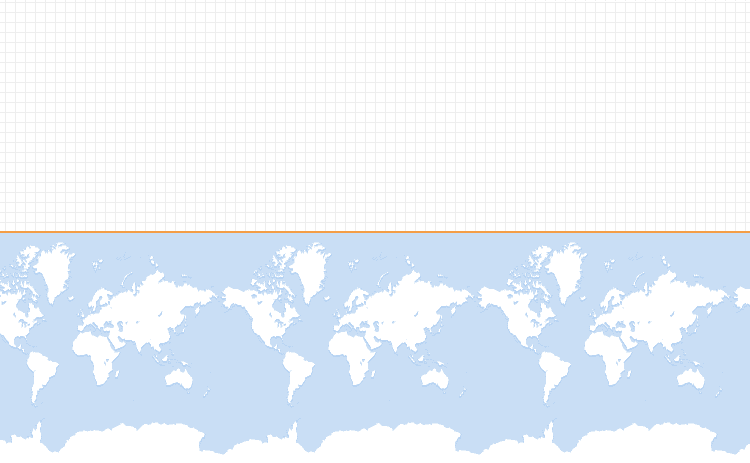 The tool, topojson, can read from multiple file formats, including shapefiles (*.shp), but there were problems with it converting the Seattle City Council District file. The root of the problem is in the JSON with the nutty bbox and transform which clearly are not latitude and longitude numbers:

On the other hand, if this file is uploaded to mapshaper.org then it renders well. Note though that there is no geographic “context” for the rendering, i.e., no global map and the Seattle City Districts are scaled to take up the full window’s allocated pixels. Perhaps mapshaper is not using the bbox and such, which enables it to render.

I explored the topojson command line switches but was not getting anywhere, so I went to Plan B which eventually got me better results. This involved two stages: first use GDAL’s ogr2ogr to translate the shapefile to GeoJSON, and then feed the GeoJSON to topojson.

The resulting TopoJSON renders on GitHub as follows. 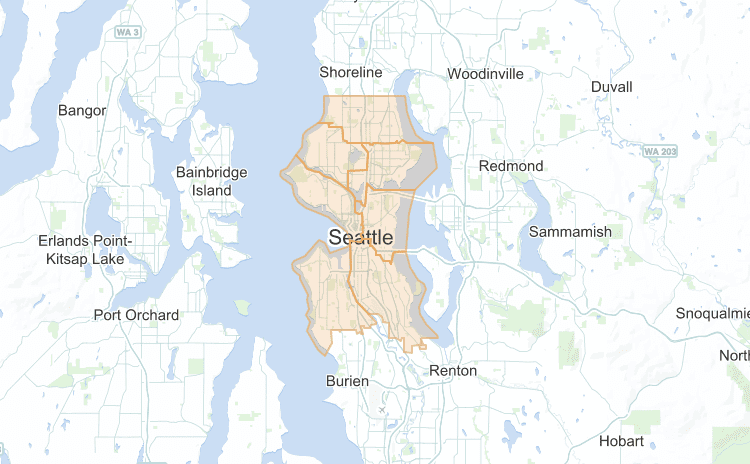 Notice how the districts are colored orange, similar to the TopoJSON “North Pole line” in the bad file.

I guess ogr2ogr is better at handling shapefiles. TopoJSON was invented in order to make a more efficient geo-info JSON format that the rather “naive” GeoJSON, so it stands to reason that Bostock’s tool is better at GeoJSON to TopoJSON than it is at Shapefile to TopoJSON. Or at least that is my guess. I have no ability to judge the quality of the input Shapefile; maybe the thing was funky to start with.

For more information and all the files related to this task, check out my GitHub repo on this topic.

Update: Take 2 of the work in the post used topojson@1.6.20 and I am not sure which version was used for Take 1 but that version of topojson was installed over six months earlier.

Also, the City now has UI for exporting (read: downloading) their datasets as GeoJSON, which leads to another option: use topojson to convert the City’s GeoJSON to TopoJSON, no shapefile involved at all.