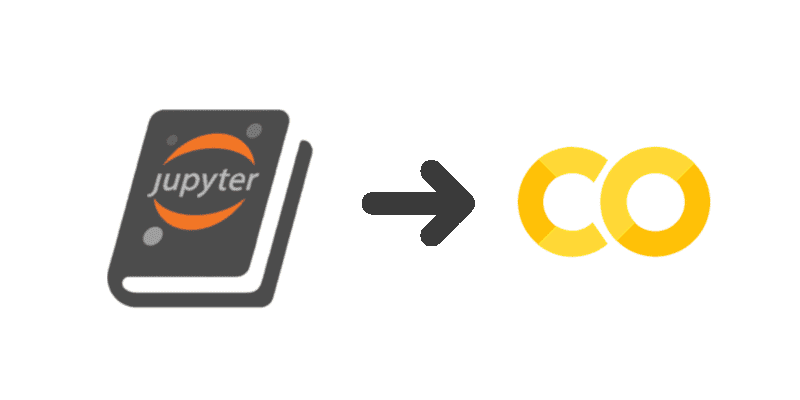 Like any developer with a blog, I occasionally talk about blog tooling. Sorry. I just went through ye olde blog overhaul for the first time in years, so the sensitive should stop reading now and the rest of you have been warned. Stick around for a short story about a small “good” hack for blogging about Jupyter notebooks.

Static Site Generators (SSGs) have been around for a while and are the bee’s knees. But now they are becoming the next generation markdown files – the front end explorable explanations to repos, which can optionally be wired up to kernel VMs for execution by the more curious reader.

For this rebuild, I used two SSGs: Gatsby and Jupyter Book. The Gatsby part is just another story of a classic Jekyll to Gatsby migration so let’s not talk about it.

The other part of the SSG story is about Jupyter Book, which is used in the rebuild to SSG git repos that are full of Jupyter notebook *.ipynb files. This is the part of the story that is interesting because it is about emerging tech, to be described herein.

I’m only going to go over the truly novel bit, which as the title implies is the integration of Jupyter Book and Google’s Colab, their free Jupyter hosting service. That is, Jupyter Book renders Jupyter notebook files (*.ipynb) for static hosting on tigue.com. Additionally, links into Colab are made available to spin up a kernel VM for any reader wishing to execute a notebook they read on tigue.com.

The contextual goal is a static site for a software developer. The site’s front consists of a blog and set of projects. The latter involves a lot of Jupyter notebooks, which are static hostly on the static site as HTML snapshots of pre-run notebooks. Additionally, reader can easily execute the notebooks, without any admin hassles nor costs for me, by clicking through to Google Colab.

The “clicking through to Google Colab” hack is the novel bit. Jupyter Book usually clicks through to JupyterHub or Binder via the Interact buttons on the top of the page, not to Colab.

(Of course, if executing on Colab, it would be really helpful and more interesting if those notebooks being clicked through to had been previously tested to run on Colab; but that topic is out of the scope of this post.)

I’ve been a long time believer in static site generators (SSGs). For this blog rebuild, I’m using two SSG tools: Gatsby and Jupyter Book. I use Gastby to SSG the blog, and I use Jupyter Book to SSG repos of notebook which act as the demo/web presence for the code projects. The SSG notebooks have links into Google Colab if folks want to actually run a given notebook on a VM, rather than just read a static notebook rendering.

Gatsby was the obvious choice since I’ve been using React and GraphQL for a while now. And Jupyter Book is simply the best in class for its task (notebook SSGing). I can report that SSG tooling has come along nicely over the last few years.

Jupyter Book generates the “static site” for a given git repo full of notebooks (*.ipynb files). The static site will have pre-run notebook web pages i.e. cell outputs will be included to demonstrate what the software can do.

Combined these two SSG tools enable a projects-and-blog web presence for a developer to be run completely staticly, without involving say Medium for blog hosting and MSFT GitHub for notebook rendering, yet code can also be run “dynamically” on Colab. It makes for a low hassle yet high functionality coder’s blog.

I want readers to be able to expeditiously run and interact with the code in said notebooks statically hosted on tigue.com. And I don’t want to manage that nor pay for the provioning of VMs, thank you very much. Google Colab fits the bill perfectly.

Jupyter Book has a lot of nice functionality already. I don’t know of a better equivalent. Nonetheless, for my React-based blog there is functionality overlap between Gatsby and Jupyter Book. E.g., the latter uses Jekyll for static page generation, which the former is also doing.

Conceivably, much of Jupyter Book could be reproduced by Gatsby. But Gatsby is JavaScript; that’s getting away from the Python world so it’s unlikely in the short term. So for now: blog is Gastby based and repo-of-notebooks is Jupyter Book based.

So, with the context set, the solution boils down to a small hack of the HTML templates in Jupyter Book. It’s not even really a hack, just an unexpected novel use, which good technologies enable.

Jupyter Book already has a customization hook for providing a button uses can click to be taken to some site where JupyterHub (or Docker) is running. The code where the hook is used in in the jupyterhub.html template. It’s a bit gruesome but the point is all the info needed to build the equivalent URL for Colab is there: site, repo, branch, etc.:

So, the “hack” is simply a modification of one of the HTML templates that are in the content repo, not part of the jupyter-book tool’s repo. So this is a good hack. Just change the above to: