Omolumeter v0.4.2 has been released. This release coincides with the launch of omolumeter.com, which is where future releases will be published from now on. 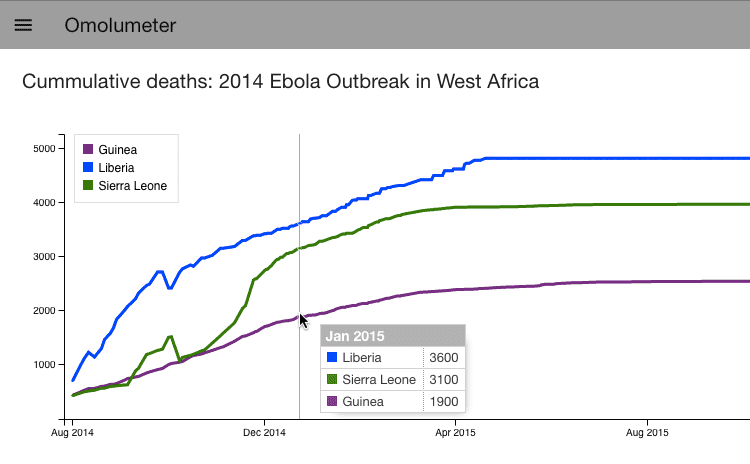 Omolumeter is liberally licensed open source software for visualizing epidemic outbreaks. Compared to the previous significant release, v0.4.2 has two new visualizations: a time series table with national flags, and an epicurve which charts the deaths over time in the countries most heavily affected.