Hans Rosling was recently interviewed on the BBC’s More or Less. He was doing he regular excellent job of entertainingly engaging the public via statistics. The full interview is less than ten minutes. The BBC also did a write up of the interview. 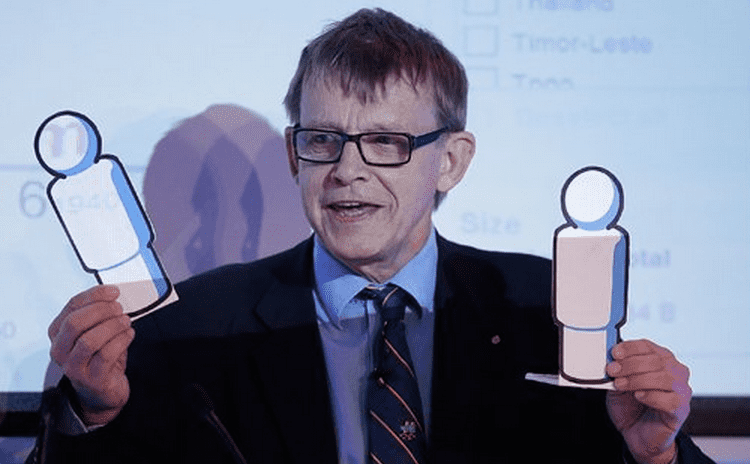 Rosling reported that in Liberia at the peak of the outbreak daily infections were about 75 per day and are now stuck at around 25 per day. He believes the current (second) stage of the outbreak could well be labeled as endemic , an intermediate level epidemic that will take some time to put out.

Later, five minutes into the interview, he has a go at main stream media’s reportage, specifically the use of cumulative numbers:

It is a bad habit of media. Media just wants as many zeros as possible, you know. So, they would prefer them to tell that in Liberia we have had about 2,700 cases or 3,000 case. The important thing is that it was 28 yesterday. We have to follow cases per day.

I can take Lofa province, for instance, that has had 365 cases cumulative and the last week it was zero, zero, zero, zero every day. That is really hopeful that we can see the first infected [county] is where we now have very low numbers because everyone is aware.

Notice that the NYTimes ebola viz uses cases-per-week. We can build out visualization tools which provide a similar level headed overview of a situation, which might even help to reduce anxiety in the public compared to cumulative-cases representations.

Take away: the two statistics he pointed out, cases-per-day and reproductive-number, will be visualized in this open source epidemic monitoring dashboard tool set being built out here.